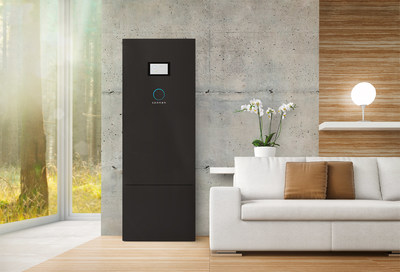 LOS ANGELES, Sept. 5, 2018 /PRNewswire/ -- sonnen, the global market leader in smart residential energy storage, today announced the launch of a revolutionary and industry-disrupting product, energy automation with ecoLinx. The all-in-one ecoLinx smart energy management system brings together home automation, residential solar, and energy storage in an energy ecosystem that enables intelligent load controllers to effectively manage and optimize energy usage, secure smart homes against grid outages and help stabilize the existing power grid. This convergence of technology will unlock previously ignored value for both the homeowner and the greater electricity grid infrastructure, while bringing home automation to the fight for a cleaner, healthier and more sustainable future. The ecoLinx system and groundbreaking concept of energy automation will debut in a first-of-its kind booth at the 2018 CEDIA Expo and the Solar Power International Show in September.

One of the fundamental challenges in achieving renewable energy automation is the disconnect between a home automation system's ability to intelligently manage energy usage and the lack of intelligent software needed to maintain connectivity and efficiency. sonnen's ecoLinx energy storage system is the first of its kind to bridge this gap, proficiently demonstrating the use of smart, configurable backup power and intelligent home automation demand control – facilitated by energy storage and solar.

Smart configurable backup power involves an energy storage system working in unison with intelligent circuit breakers to provide multiple backup power options in the event of an outage, eliminating the inflexible and expensive protected loads panel. Intelligent demand control – the coordination of solar, energy storage and intelligent load controllers throughout the home -- is the other major innovation showcased by ecoLinx, a feature that has been rumored for years throughout the energy industry without any serious demonstration of a full system in action.

Energy automation with ecoLinx, which has far-reaching and long-lasting impacts on the future of the smart home and the smart grid, includes:

Throughout the day, ecoLinx ensures that a home's solar production is either self-consumed by the greater AC load or it charges the battery as a solar time shift for use later. As an example, California homeowners who drive an electric vehicle (EV) are able to enroll in PG&E's EV time-of-use rate, including a significant swing from off-peak to peak power prices. The ecoLinx software is able to charge from the grid from 1am – 4am along with the EV, paying low off-peak rates for power that is abundant and considerably cleaner than during peak periods. Another load shift occurs when a Crestron thermostat automatically pre-cools the home during the relatively inexpensive and low carbon footprint, partial peak hours of 12pm-3pm, instead of trying to cool the home during peak times. Finally, during the high carbon footprint, expensive peak period of 5pm-9pm when the grid is stressed, smart devices in the home are activated to minimize energy usage while maintaining homeowner comfort - the Crestron thermostat bumps up a few degrees in the pre-cooled home while Lutron lighting dims slightly and Lutron shades lower to prevent the need for increased energy to power AC loads. Most importantly, the sonnen ecoLinx discharges its stored off-peak power and locally-generated stored sunlight, to meet the majority of the home's load during this expensive, dirty peak time, rendering the home invisible to the grid, while saving money.

"I am so proud that sonnen is transforming the vision of energy automation into a reality," said Blake Richetta, sonnen's Senior Vice President and Head of the U.S. Subsidiary – formerly of Lutron Electronics and Tesla. "From my perspective, the energy industry has been tinkering around with quasi home automation and 'smart home' products that cannot truly provide the performance required of a grid level solution for years and conversely the home automation industry needs a new category that ensures fifty-years of growth for the integrator trade, instead of five – and to me, the winning ticket is the evolving energy space, which is starving for intelligent programmers and solution providers to help build the grid of the future, with the smart home."

"Our industry designs and installs true marvels of electronic integration for our residential clients," said Gordon van Zuiden, founder of cyberManor and former CEDIA board member. "For the first time ever, with ecoLinx, home automation integrators finally have the tools to enhance the living environment of our client's homes and help protect the environment in which we all live."

In addition, the sonnen ecoLinx features an industry-leading 15-year system warranty, and comes standard with the safest and longest-lasting storage device on the residential market, the Fortelion battery module. Fortelion is the world-leading Lithium Ion Iron Phosphate cell. The all-in-one system is also scalable in size, from 10kWh to 20kWh of storage capacity and is sold exclusively through sonnen's network of trusted partners and integrators who are certified to design the best storage solution for each home's unique energy needs.

sonnen believes this to be a watershed moment that will re-define home automation, clean energy, and grid innovation by creating a clear next-step for the rapidly-growing U.S. smart home sector – energy automation. With the ability to expand beyond the walls of a single home, home automation integrators will enhance the benefits of energy automation by creating virtual power plant communities that provide value-added smart load management using lucrative utility innovation programs. In addition, the solar contractor will move beyond primarily selling on price per kWh, and begin to sell a fully-integrated clean energy system that provides lasting benefits to the homeowner and to the grid. The utility will finally bring true, comprehensive smart home solutions to the forefront of their grid innovation and demand response pilot programs, ushering in a smart grid that is decarbonized, digitalized and decentralized.

To learn more and see a live demonstration of the sonnen's energy automation with ecoLinx, visit sonnen at CEDIA, Booth #513 and Solar Power International, Booth #3820 or visit sonnenusa.com.

About sonnen
At sonnen, we believe clean, affordable, and reliable energy for all is one of the greatest challenges of our time. sonnen is a proven global leader in intelligent energy management solutions that provide greater energy control for residential customers through increased solar self-consumption, reduced peak energy usage and reliable backup power during outages – contributing to a cleaner and more reliable energy future. sonnen has won several awards for its energy innovations, including the Zayed Energy Innovation Award, Fast Company's Top 10 Most Innovative Companies in Energy, MIT's Top 50 Smartest Companies, Cleantech Group's Global Cleantech 100 List, Greentech Media's Grid Edge Award for Innovation, and several others. 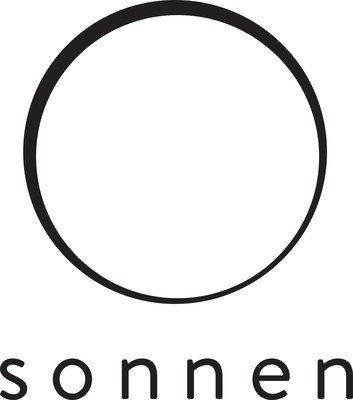